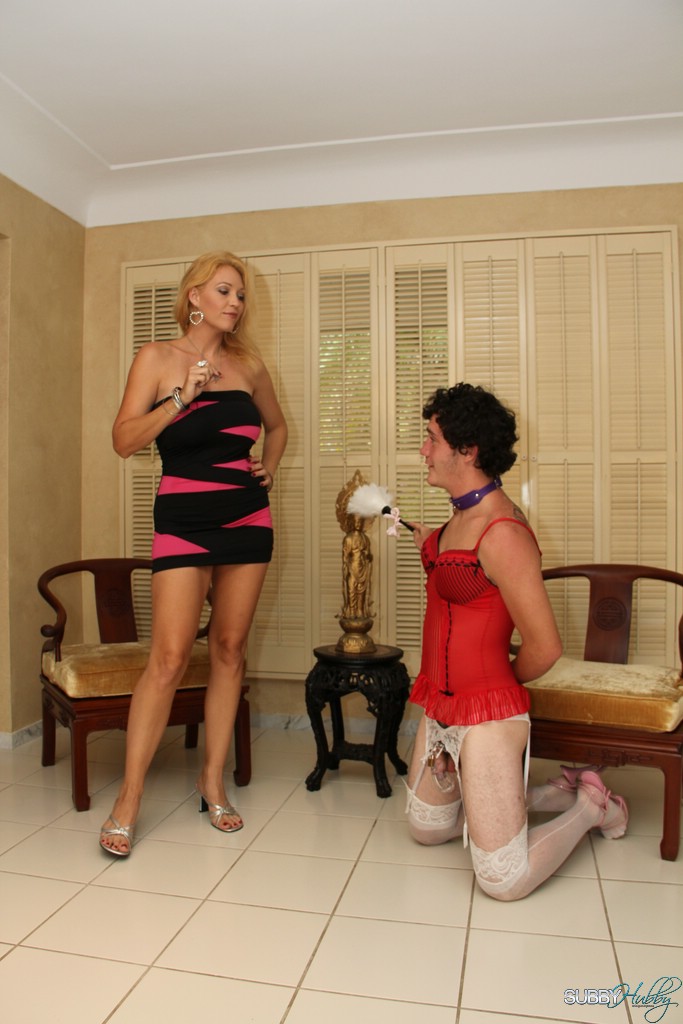 Look at the sweet dress Charlee Chase has on today. It’s black and pink and well it just looks awesome on her. She’s got her slave back with her today and they’re going to have some fetish pleasure together, she has a purple collar on him and she’s going to really give it to him hardcore. She walks in the room with her sexy dress on, he’s not allowed to have eye contact with her until she wants him to, so he’s keep his eyes on the ground. Finally she lets him look up at her gorgeous body, she keeps him in line though and there’s no way she’s letting him touch her busty figure. His hands are tied behind his back, so I guess he has no choice in the matter. She tells him to stand up now and well that’s easier said then done, he struggles to his feet only to be told by her to get the fuck back on your knees! She’s certainly a crazy girl that’s for sure. Charlee is worth it though, I’d do pretty much anything to get a chance to be this busty babes slave. maybe she’s even let you join her for some action.